Cultural elements also dictate how fast one can reasonably network! One of my most fascinating experiences in Networking was when I lived in Thailand, “The land of smiles”, for four years. You should know that Thai people are world renowned for their friendliness and warmth and, well, they smile all the time when they greet others and do business.

Yet in a business context the results can be a bit misleading. When you meet someone and wish to maintain a networking relationship with them, you ask if this is okay, the Thai person smiles and says yes. When you follow up a few days later to try to meet, the Thai politely declines, because they have a meeting or commitment. You say, No problem I’ll call back in a week. A week later you call, they greet you and politely decline once again for the same reason. Because you are diligent and have initiative you call twice more and get the same response, wondering what happened, did I say something wrong?

Only after I asked a few of my non-Thai peers to tell me what I was missing or doing wrong, did I learn what was happening to my dismal Networking performance.

Meeting someone and getting a customary smile in Thailand was no way intended to mean that we could network or, worse, do business together. Any assumption that all was fine was, well, … simply a mistake.

It took a while before this new contact would open up to me. Once we had our first meeting (coffee meeting or lunch appointment) and I discovered that my new Thai network contact knew someone that I wanted to meet and be referred to, the process would begin all over again.

I also realized that in this part of the world, Asians for the most have a very open and relaxed view about time and how long it takes to get things done. Essentially, time has no meaning and as a result it takes far longer to develop a relationship before we do business.

As one global telecoms equipment vendor told me “Paul you don’t get it… it takes at least two years before a Thai national trusts you enough to begin a discussion of a business relationship.”
I was devastated!

As Westerners, we’re more impetuous in our business building manners. I soon realized that I had to become more relaxed in my approach in Thailand in order to develop business. It was a humbling experience that I have applied in other countries after Thailand.

In Romania, I was better able to gauge and adjust the amount of time it took to get networking moving for me. It didn’t matter my comfort level, I was meeting people and enjoyed making connections. Even in Central and Eastern Europe, networking takes time. Culturally speaking in Romania, networking takes on a whole new approach.

Don’t forget “A Networking Book” is now available on Amazon and I will be launching it officially at Management360, on June 19, 2014.

This site uses Akismet to reduce spam. Learn how your comment data is processed.

I am a Professional Certified Coach (PCC) and the registered member of the International Coach Federation (ICF), and as such I conduct myself in accordance with the ICF Code of Ethics in all coaching interactions.

"A great coach teaches you how to outperform. Paul Renaud is a great coach and with his help we were able to see strong results for our Google Partners. Paul provides effective ROI for his coaching services."
Rareș Rusu, Head of Business Finance (France, Italy, Spain, Portugal) at Google

"We hired Paul to come in as Leadership Advisor and Coach. His contributions were effective in helping us optimize the management team. Because of his vast experience, Paul has a keen ability to read people, uncover latent talent and help organizations succeed."
Tim Helsen, CFO Europe at UPS

"We consider Paul Renaud to be a great Coach in the areas of embracing change and peak performance. We appreciated his honest, straightforward ‘can-do’ approach for our team at Bitdefender and his contributions have led to tangible results. We look forward to meeting new milestones with Paul’s help."
Ciprian ISTRATE, VP Consumer Solutions at Bitdefender

"Paul has been a great asset for our Entrepreneurship Workshops. He is one of the most appreciated trainers in all editions, open minded and with a great sense of fun, but also due to his examples: Case studies from Romania and abroad or advice on how to achieve Peak Performance. Last, but not least we learn the power of Networking each time we interact with Paul."
Dragos Dinu, Project Leader @ Ateliere de Antreprenoriat

For details on how to order your Paperback please send me an email at paul@paul-renaud.com 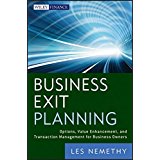 And here is my list of favorite books with a short summary/reason as to why you should consider them.